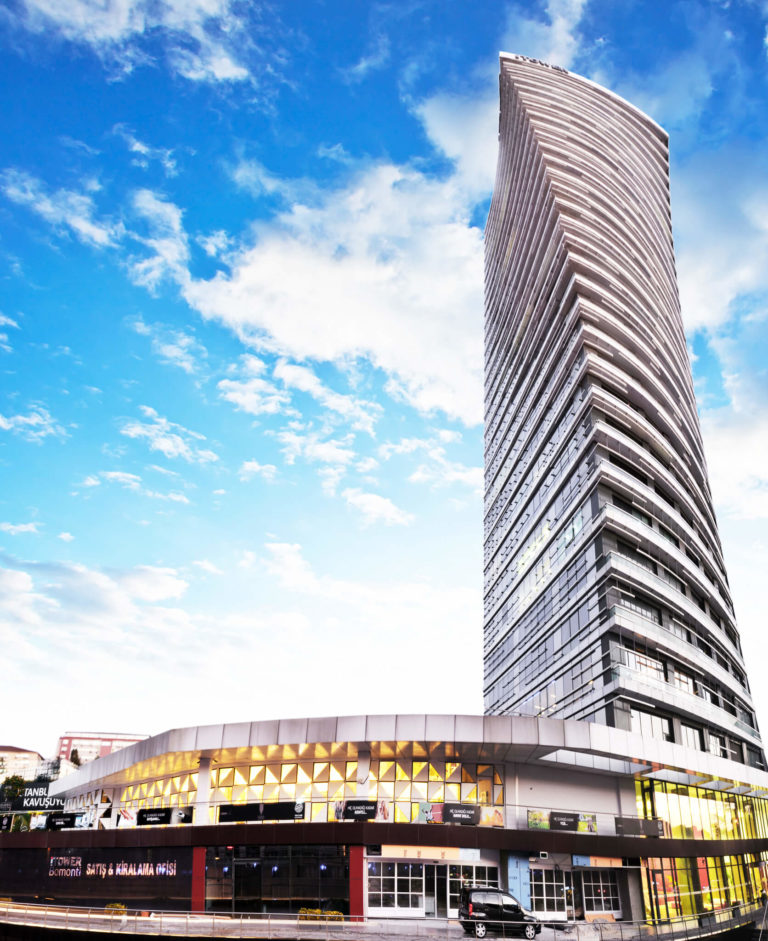 The new i-Tower – a class A office project in the middle of Istanbul.

The building measuring 110 metres high with 36 floors was built on a total area of 41,000 sq m. 23,000 sq m of which is office rentals. Certainly unusual in a functional building are the green balconies and patios all around. The about 30 million Euro construction project included the Akotherm facade systems AT 500 F and AT 500 CS. They shape the look of the facade characteristically, alternating between classic mullion-transom facade with visible cover widths of 50 mm (AT500F) and an all-glass facade with a minimal silicone joint (AT 500CS). The project further has 200 top-hung outward projecting windows. The curved facade made the transitions and corners particularly challenging. The entire facade is about 10,560 sq m. The balconies all around the building can be accessed through the French doors from the AT 730 HI-S series set into the facade. This allowed meeting the highest standards with respect to doors and windows.