The AT 575 system for window facades with its architectural design was developed as a hybrid between a mullion-transom facade and a window element. The new AT 575 window facade combines the low visible width of a conventional facade with the easy production and assembly of the proven AKOTHERM systems.

Different opening options such as side-hung, tilt, and tilt and turn, etc. can be implemented with standard hardware technology. Both surface-mounted as well as concealed hinges can be used. 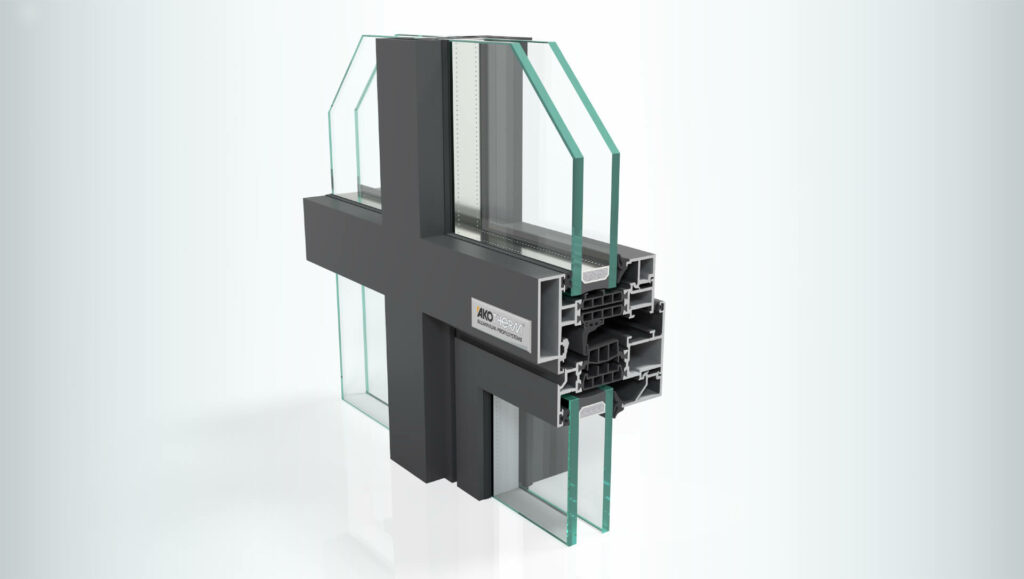 The AT 575 uses a connector technology designed specifically for this system. Despite the filigree style it can support glass panes up to 300 kg.

Sturdy exterior chambers and closed glazing bead ensure maximum security. With only a few SH covers you can already achieve resistance class RC2. Glass joint does not need to be glued!

Different opening options such as side-hung, tilt, and tilt and turn